← Interview with The Shower Channel
What Am I Responsible For? →

ASK THE SHOWER TEAM: Where Should I Go Next? 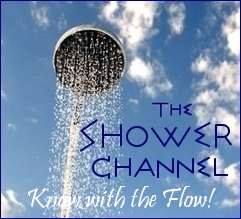 Sometimes questions other than my own are offered by friends or visitors to the site with a request that they be posed to The Shower Team.  Or sometimes I may just come across a question that I think is a particularly good one, so now and then I will post those questions–and the Team’s response.  I do so, however, with the reminder that The Shower Teams’s responses to most questions always seem surprising in some way.  Maybe it’s as simple as not being quite the answer I really wanted to hear.  If you want to ‘know with the Flow’ apparently you have to be willing to go with the flow.

Q:  “It’s been a year of upheaval. My mother passed away. My partner’s mother passed away. I hate where I’m at right now professionally and am looking for options but everything seems blocked. I’m sending out resumes everywhere, but lack focus and motivation.  Wondering where I should go next?”

A:  What becomes immediately clear in the asking about your situation is the way in which life has reached a point where you are faced with the uncertainty of what follows when much of what you’ve known has passed.  The ground around your feet is scattered with rose petals, seemingly blowing in the wind . . .  as though it is in fact, the life you’ve known that has come to a close and the grieving/mourning of it is part of what moves across your landscape.

You have relied on change–action–motion–to occupy you and to fill much of the space in your life.  But what you’ve known and what you’ve done, for the most part, in terms of the life you’ve created is now, in a sense, lying scattered on the ground . . .  barely stirring.

You are being invited now to make new choices–and to make them for different reasons.  But the time may not be right just now for taking off again or for making decisions in the same way that you’ve made them before.  Look closely at the reasons for choosing what you choose.  Look at where your choices have taken you and then ask yourself, “What is it that I truly desire?  What calls to me?”

Now there is this sense of your life having come apart and wanting to come back together but in a new form or a new way–following a different path.  It is not so much the specifics or the details that may need to change–perhaps not the surface of your life that will be different now . . . but rather what moves beneath the surface–and your willingness to look more closely at this . . .  to plumb your own depths and to find what it is that really feels like you.

Action taken for the sake of action may not serve you now–even though where you are may be uncomfortable, even painful for a while.  Even though you may feel compelled to move again, to take another leap or to simply be ‘busy’ rather than to sit in the stillness that is what will ultimately allow the answers to emerge for you.

Rather than rush toward action . . . rather than worry about what it is you ‘should’ do . . .  somehow try to give yourself the space and freedom to let those answers come in their own good time.  See where you are as a place of possibility . . .  see where you are as a gift that if you can just accept it for what it is, will lead you in the direction that will open up your life in ways you have not specifically imagined.

Be willing to be surprised.  Be as childlike and playful about the life ahead of you as you can be.  Try not to push against where you are and what is . . .  but rather, allow what is to evolve . . .  allow your own desires to emerge . . .  and allow yourself to receive the guidance that is in you.

Let your actions be inspired.  Let your heart be soothed and light.  Let your faith flow as freely as you can allow it . . .  and the horizon will become clearer and clearer.  You will know what to do–and you will not be alone as you go forward.

If you have a question that you would like to ask The Shower Team, contact me at dan@danville.net.  It will be My/Our pleasure to help you ‘know with the Flow’!

← Interview with The Shower Channel
What Am I Responsible For? →